MY PATH TO KUHN'S KLASSIC

Several years ago, I was turned on to Thomas Kuhn’s revolutionary book, The Structure of Scientific Revolutions. It is a book whose author took a similar path to knowledge as I did, from engineer/scientist to philosopher (junior grade) and back again, creating a more balanced, hearty and happy ME. Along the way, after taking a year off from college to finally graduate at the Dawning of the Age of Aquarius (1969), I became an Air Force officer stationed in Florida, then the Republic of Turkey, California, and finally at Denver’s Lowry Air Force base into 1973.

I began my careers... first in space systems as an orbital analyst. Then, after moving to Denver and leaving the Air Force, I got a Master's Degree in civil engineering (water resources and water rights consulting) forming the bulk of my career from which I retired last year (2014). Like Kuhn, I was profoundly impacted by a History of Science course in college; what began as a serendipitous elective produced some of the most profound AH HA! insights of my life.


I was extremely lucky to fall in love with science, philosophy – and the opportunity to dabble in law (expert testimony more than 70 times as a Professional Engineer working with more than 130 different lawyers). I overcame obstacles like inadequate high school preparation for these rewarding careers. In 1963, I graduated from Highland High School in Albuquerque, New Mexico, ranked 463rd in my class of about 500. Growing up working in my Dad’s auto wrecking yard and reading hot rod magazines, I had a D average, failing to qualify with the C average required to enter the University of New Mexico (UNM) in my hometown. But, after a year off from college working at various jobs, I began again at the College of St. Joseph (now the University of Albuquerque) to get my grades up and finally qualify for the engineering curriculum at UNM.


As the old saying goes, what doesn’t kill you makes you stronger. Apparently, it can also make you more successful and happy, if you allow it. Even today, at age 70, I look back with fondness to attribute both the bad and good decisions I made in my early adult development. The good things I did were obvious, but after-the-fact, I also came to realize how certain challenges and temporary failures of mine led to a more balanced, battle-tested personal constitution that including a variety of sports, hobbies and diverse skills. Along the way, I visited at least 45 states and enjoyed trips to England, Germany and the middle east, spending a year in the Bronze Age (3500 year-old) city of Diyarbakir, Turkey before leaving the Air Force. I have owned and trained more than 30 dogs, and have judged more than 100 others in the vigorous outdoor sport of tracking (like search and rescue). I ran marathons and other distance running and did scuba diving in Fiji, off Cozumel Island and the Dos Ojos (two eyes) springs connected by a scary underground traverse north of Cancun, Mexico, as well as other sites in California and Florida (from the panhandle to many springs mid-state down to and including Key Largo). For the last four decades, I have lived in the Denver, Colorado area.


Speaking of challenges making you stronger - about a decade ago, I was diagnosed with a tumor in one of my kidneys. After a few hours of online research, it became obvious to me that the best course of action was to remove the entire kidney, rather than cut it up and possibly spread cancer cells throughout my abdomen. As it turned out, I have been cancer free for a decade now, and choose to attribute at least some of my good luck heatlhwise to my body’s reaction to these stresses, which must have improved my immune system and ability to fight off disease. Without the early detection of my kidney cancer from a routine checkup, I may not have made the best decisions for my health, which I now call the blessing of a curable cancer.

As my rambling here comes to a close, let me heartily recommend Kuhn’s attached book which so elegantly integrates the rationality of logic (simple, easy, predictable) with the irrational, difficult and unpredictable – the essential essence of creativity and the underrated bad twin of science and health.

Here are the first two paragraphs from Kuhn’s preface - a profound addition to my life from the attached pdf copy of The Structure of Scientific Revolutions:

The essay that follows is the first full published report on a project
originally conceived almost fifteen years ago. At that time I was a
graduate student in theoretical physics already within sight of the end
of my dissertation. A fortunate involvement with an experimental
college course treating physical science for the non-scientist provided
my first exposure to the history of science. To my complete surprise, that
exposure to out-of-date scientific theory and practice radically
undermined some of my basic conceptions about the nature of science
and the reasons for its special success.

Those conceptions were ones I had previously drawn partly from
scientific training itself and partly from a long-standing avocational
interest in the philosophy of science. Somehow, whatever their
pedagogic utility and their abstract plausibility, those notions did not at
all fit the enterprise that historical study displayed. Yet they were and
are fundamental to many discussions of science, and their failures of
verisimilitude therefore seemed thoroughly worth pursuing. The result
was a drastic shift in my career plans, a shift from physics to history of
science and then, gradually, from relatively straightforward historical
problems back to the more philosophical concerns that had initially led
me to history. Except for a few articles, this essay is the first of my
published works in which these early concerns are dominant. In some
part it is an attempt to explain to myself and to friends how I happened
to be drawn from science to its history in the first place….

Posted by Craig Green at 4:16 AM No comments: 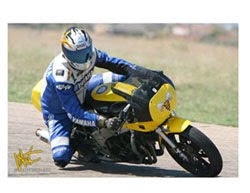